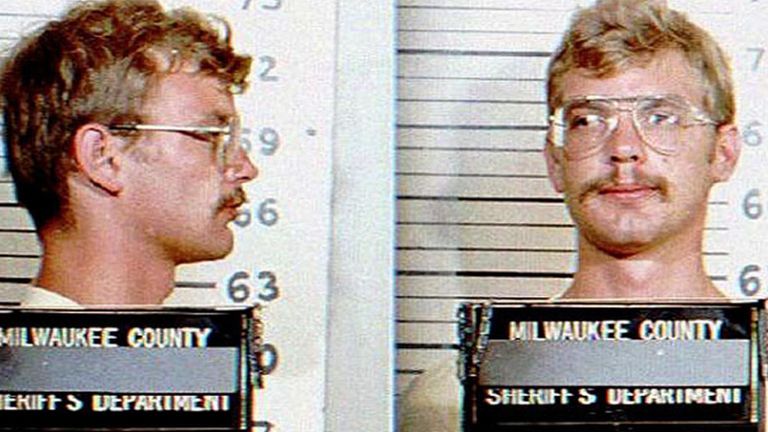 Between 1978 and 1991, Jeffrey Dahmer murdered (at least) 17 boys and young men before finally getting caught. And after his trial in 1992, he was given a hefty prison sentence. But before the infamous serial killer was able to even serve three years behind bars, there was a mortal twist of fate. Dahmer was killed by a fellow inmate at the maximum security Columbia Correctional Institution in Portage, Wisconsin. Then, 20 years after it happened, Dahmer's killer explained why he did it.

Dahmer was sentenced to 16 consecutive life sentences in prison for the mutilation and murder of 16 young men and boys over the course of his 13 years of terror. His actions were truly some of the most depraved the world had ever seen, and Dahmer did not try to claim his innocence. Instead, he pleaded guilty but insane to all of the charges. The jury, however, thought differently.

The punishment he deserved

After the jury established his sanity, Dahmer was sentenced to serve out his punishment at the Columbia Correctional Institution in Portage, Wisconsin. "I know my time in prison will be terrible," Dahmer said in his final statement at trial. "But I deserve whatever I get because of what I have done." But he wouldn’t be in jail for as long as he might have thought.

Worst of a bad bunch

Columbia Correctional Institution is a maximum-security prison — and so is the home of only the most high-risk inmates. That's why Dahmer was kept away from all the other prisoners at the Columbia Correctional Institution for his first year in the penitentiary. But when Dahmer finally did get transferred to a part of the prison with less security, he seemingly managed to make enemies quickly.

A fellow inmate named Christopher Scarver had his own history of shocking violence. He'd been sentenced to time in the Wisconsin prison in 1992 — the same time as Dahmer — and was doing time for the 1990 point-blank murder of his former boss. One night, though, he cornered Dahmer while they were alone — and while he had hold of a deadly weapon.